Saving a Marriage Through Transformative Mediation

While marriage therapy can undoubtedly do good for some couples, it is not the right solution for all couples and in some cases may do more harm than good. Dr. William J. Doherty said, “it is dangerous in America today to talk about your marriage problems with a therapist.” And Dr. John Gottman found through his research that “It was more likely that couples would get a divorce if they had therapy than if they had no therapy.” So, for the couples who want to save their marriage, but don’t know where to turn, what is the solution? Perhaps, the solution is Marriage Mediation.

Life Institute for Family Excellence, or LIFE, employs a specific form of mediation that transforms relationships, and has done so with great success for over a decade. Many of their couples report that they were able to accomplish more in just one of their unique sessions than they had in years of traditional marriage counseling. Others have reported that prior to working with LIFE they had little to no hope of ever saving their relationship, only to find themselves reconnected and recommitted to the relationship after engaging in the LIFE process. So, what makes their sessions so effective?

What is Transformative Mediation?

First, let’s cover the basics. What is mediation? Mediation is a structured process where a neutral third party assists two or more conflicting parties to resolve their conflicts. Within the field of mediation there are various approaches that a mediator can employ. One approach in particular, and the one that LIFE uses, is referred to as Transformative Mediation. Transformative mediation is named such because it has the potential to transform relationships. The mediator accomplishes this by facilitating the process without dictating the outcome, and by empowering the conflicting parties to acknowledge one another.

While it can be helpful to simply vent your emotions about a person to a third party, like a marriage counselor or therapist, true healing for the relationship occurs most effectively when someone is able to express their emotions to the person that helped create them, and then feel heard, validated, and even empathized with by that person. This is not possible unless the two parties involved are able to provide that for one another. In Transformative Mediation, that is exactly what the parties are empowered to do. The mediator facilitates the process in such a way that the conflicting parties can, in turn, share their perspectives and process their thoughts and feelings while the other is empowered to listen and acknowledge what has been communicated. Typically, the results are astounding.

LIFE has found that couples come in wanting to direct all their comments to the counselors, but were this allowed it would be no different than most marriage counseling or therapy. Instead, LIFE counselors redirect the couples attention and dialogue towards one another, in a safe way, so they can begin to transform the relationship. They also move the couples towards making commitments that address the faults they discover in themselves throughout the process. In the end, most couples find that they are able to transform themselves and their relationship through this process.

The Promise of Mediation

Despite what many people think, mediation isn’t just used for ending relationships through divorce. Mediation can also be used to save marriages. By transforming the individuals and the way they think and feel about one another, as well as the way they communicate and interact with one another, Transformative Mediation has the potential to heal broken hearts, strengthen relationship bonds, and save marriages. 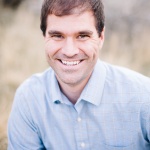 David Hilton has a bachelors degree in Psychology and a Masters degree in Conflict and Dispute Resolution. He specializes in saving marriage.

7 Best Marriage Counselors in Houston in 2020

10 Best Marriage Counseling Retreats in the US for 2021

When to Divorce: 9 Signs You Need to Get Out

9 Best Couples Counseling Techniques and Why You Should Try Them

Are you a health professional?Sign up >

Already a member?Log in >

Not a health professional?Sign up >

Already a member?Log in >

Don’t have an account?Sign up >